Aerial fire-fighting operations in Turkey, is operated by aircrafts allocated to the orders of the General Directorate of Forestry. These operations which are extremely important and require knowledge, skill, professionalism and experience, carried out between 01 May and 28 October every year with the coordination of the General Directorate of Forestry with the aircrafts, experienced flight, ground and technical crews. In areas where ground crews are inadequate to fight fire, areas where it is difficult or impossible to enter, the importance of aerial fire fighting operations arises with every aerial support needed. Thanks to these operations carried out by our Company in the air, millions of hectares of forests bearing vital value in our country are protected and big losses are prevented. 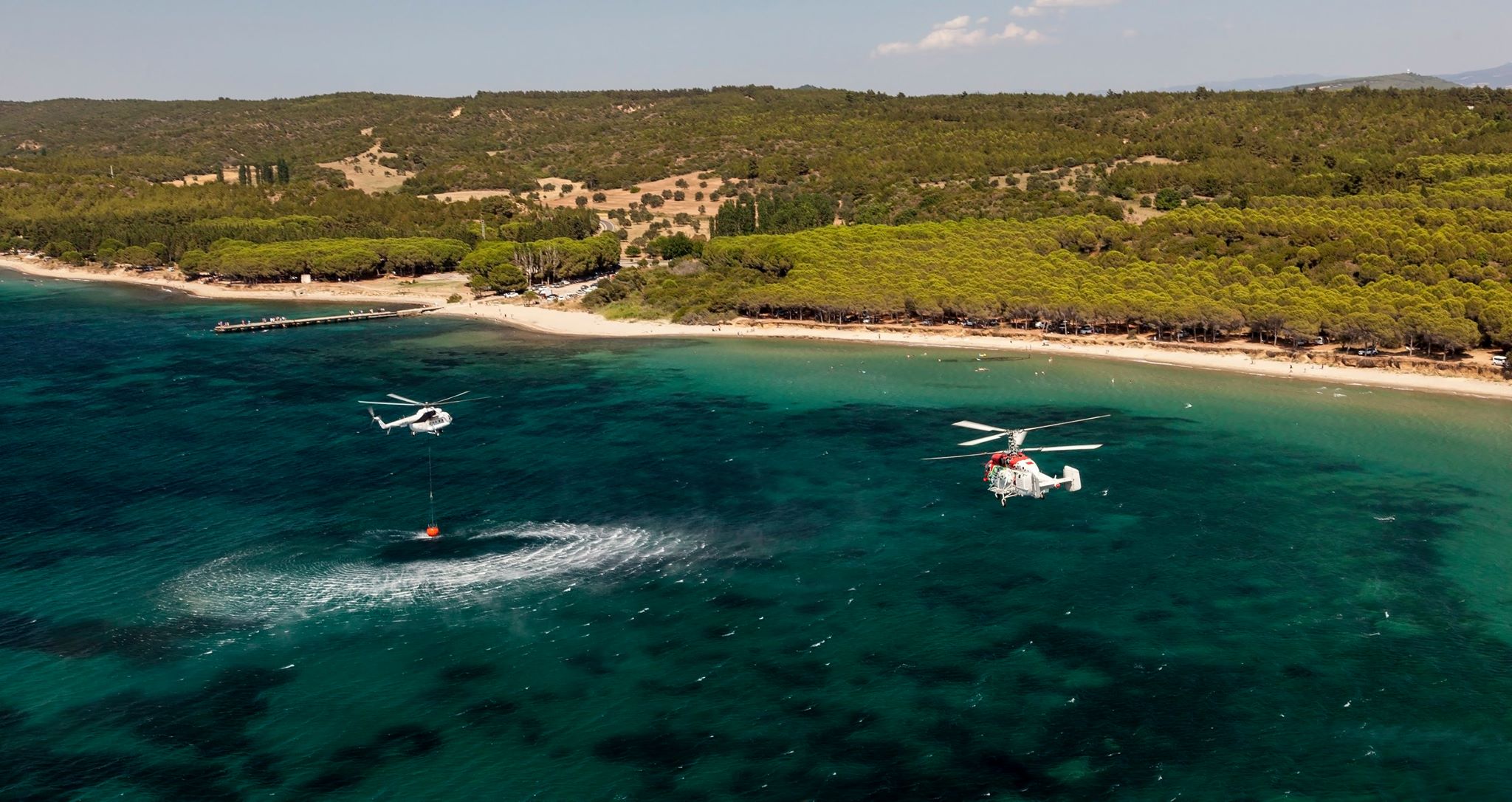 Our company EAB AVIATION, so far in 2009, is a leader in Turkey, all over the world following the Turkish Civil Aviation rules, EASA, ICAO and ISO standards and fighting against forest fire from air in all of Turkey, Cyprus and neighboring countries, thanks to the outstanding achievements that have shown make us proud to be one of the few companies in the industry. Our pilot and technical team, which are the most experienced people are ready for all operations and able to meet all aerial fire fighting requirements.

In our company, fixed-wing (aircraft) and / or rotary wing (helicopter) aircrafts are used to carry out fire fighting operations, depending on fire behavior, spreading location and weather conditions. Among these aircrafts, MI-8 MTV1 / KA-32 Russian helicopters are effective, efficient and most economical today. These helicopters are capable of maneuvering efficiently, emptying the water from the various sources with the bumbi-bucket of 2,5 tonnes capacity, which they have used, effectively to the fire zone and have been working successfully in the fire fighting activities of our Company.